I got bored of this colt so decided to give u a beta version of this.

It's a beta version so DON'T EXPECT MUCH!!!

I don't have much time these days so last two weeks u haven't seen any updates cuz I'm not a fckuing robot.

CA0 model not even started so don't buy it at catalog
I'll make more parts later and finish this Colt if i don't drop that anoying, always pissing me off and stupid game - slrr.

If u wanna to have some nice time with it, use ONLY CJ1A CJ0 and SR4X (this one is almost finished) Most of the time spent on that model so better try that one. 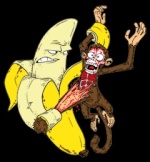